An Australian appeals court on Friday dismissed a bullying case brought by an engineer who accused his former boss of repeatedly farting in his direction. I fart in your general direction!

The victim said that his former supervisor — who he called “Mr. Stinky” — would fart around him five or six times a day.
The Victoria state Court of Appeal upheld a Supreme Court judge’s ruling that even if engineer David Hingst’s allegations were true, flatulence did not necessarily constitute bullying.

Hingst told the court that his former boss, Greg Short, would enter his small, windowless office several times a day and break wind. Hingst “alleged that Mr. Short would regularly break wind on him or at him, Mr. Short thinking this to be funny,” Hingst said he would spray Short with deodorant and called his supervisor “Mr. Stinky.” “He would fart behind me and walk away. He would do this five or six times a day.” Hingst said outside court. Short told the court he did not recall breaking wind in Hingst’s office, “but I may have done it once or twice.”

After the ruling which did not go in his favor, Hingst said he would take his case to the High Court, Australia’s final court of appeal.

Although I do think on someone can be bullying, especially if you ate a whole pot of bean a few hours earlier, I to agree with his boss as well. Farting at someone is hilarious. 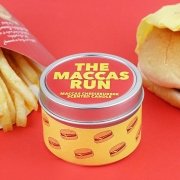 Chihuahua Is Scared of Farts 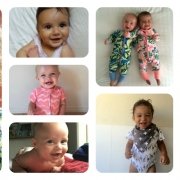 Driving at night in Australia is dangerous

Donald duck having a stroke

Someone got yelled at

Moon landing footage sped up is hilarious
Scroll to top