The internet has been outraged about a banana glued with duct tape to a wall and subsequently sold for 120,000 dollars at an art show in Miami.

David Datuna, a performance artist, decided to take a piece of the attention for himself and ate the banana taped to the wall, which had been called “Comedian” by Italian artist Maurizio Cattelan.

Cattelan had sold at least two editions of “Comedian” to private collectors for $120,000 each, according to a spokeswoman for the Paris Galerie Perrotin, which displayed the work in its booth at Art Basel in Miami.

“I think this is the first one in art history when one artist eat concept for another,” Datuna told reporters in New York. “People ask me, ‘You eat banana?’ Physically it was banana but banana is just a tool, usually I eat the concept of that you know?”

Datuna insisted this wasn’t a PR stunt, but a serious piece of art. Of course it is. It is totally not just one attention whore feeding off of another.

“I decided in the morning” on Saturday to eat the banana art, Datuna said, “but I was not too hungry so I spent two hours in the Basel.”

I think he has proven his point clearly.

The world famous Cerne Abbas Giant in Dorset is 55 meters tall and will be refurbished by volunteers over the next weeks. It has been a famous landmark of the area since the 17th century and is in need of re-chalking and polishing to restore it. The giant’s 11 meter erect penis also needs to be polished. Lucky giant.

It was last done in 2008, but since then the weather has taken its toll and weeds have started the grow on this piece of (probably) 17th century art, destroying its previously chalky outline. Tonnes of the white stuff have been extracted from a nearby quarry and will be tightly packed in by hand to the existing 460 meter outline of the figure to ensure it remains visible from far away. 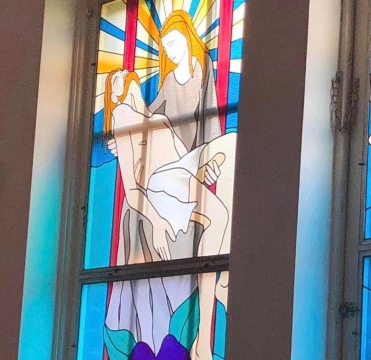 So young and so talented!

John McNaughton is a conservative artist known for many ridiculous paintings so it is no surprise that his newest work of art got a lot of attention online.

He has recently unveiled his latest portrait: an image of President Donald Trump on a red, white and blue motorcycle with first lady Melania Trump sitting behind him as supporters cheer.

Jon McNaughton titled the work “MAGA Ride”. Take a few moments to enjoy this masterpiece in its full glory:

I particulalrly like the cracked asphalt that accurately depicts the state of the US infrastructure. Also, Melania and Trump are not wearing helmets. Not cool.

“I wanted to paint a picture of Trump and Melania on a jacked-up motorcycle totally painted up with the American flag and patriotism as they ride down a bumpy, crumbly road that represent the hazards and the problems that this presidency has faced since Trump has been elected.”

The internet, of course, did not wait long to start making fun of this monstrosity: 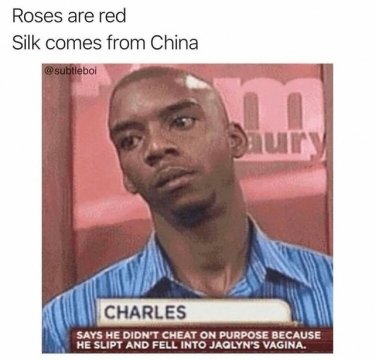 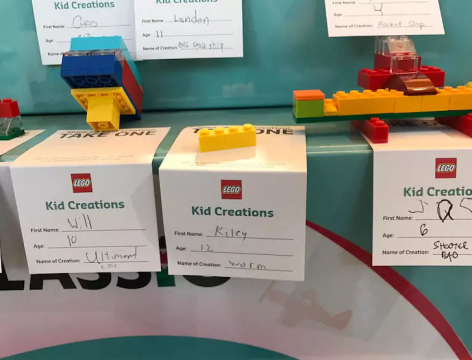 This Japanese cigarette commercial from 1991 is without a doubt the best of all time.

David Huggins from New York claims to have fathered dozens of half-human, half-alien hybrid kids since he lost his virginity at 17 to an alien called Crescent. Why does the alien have an English name? Do they speak English in outer space?

Asked how many children he had fathered, he said: “I was taken into a room and it was filled with babies and I had to touch . “The human touch was really important. The first time I touched one of the babies static electricity jumped from my hand to the baby. “This was right before I touched it and I pulled back and said to the Insect-being ‘Wow, did you see that?'” We do not know what the Insect-being replied, but it was probably in English.

David Huggins has painted a series of X-rated images showing him fornicating with an extraterrestrial named Crescent – experiences which led to dozens of hybrid children being born as a result, he claims. The now 74-year-old, from New York, has spoken about his experiences in a documentary, named Love and Saucers. Here is some of his crappy alien sex fetish art: