Police said a woman who worked at a medical clinic has been arrested for selling fake doctor’s notes to high school students so they can get out of class.

Deputies said a physician received a call from Vernon Parish School Board about the absence notes. He told deputies that he didn’t treat the students nor did he authorize the excuses.

Craft says Fondren worked in a clerical position at the clinic. I think that her business genius is wasted in this position. They should put her in charge of the hospital.

The world famous Cerne Abbas Giant in Dorset is 55 meters tall and will be refurbished by volunteers over the next weeks. It has been a famous landmark of the area since the 17th century and is in need of re-chalking and polishing to restore it. The giant’s 11 meter erect penis also needs to be polished. Lucky giant.

It was last done in 2008, but since then the weather has taken its toll and weeds have started the grow on this piece of (probably) 17th century art, destroying its previously chalky outline. Tonnes of the white stuff have been extracted from a nearby quarry and will be tightly packed in by hand to the existing 460 meter outline of the figure to ensure it remains visible from far away.

Your waste-of-oxygen husband has squeezed the toothpaste tube in the middle again? Why don’t you challenge him to a good old-fashioned marital duel and beat his face with a sack full of stones?

In the Middle Ages, married couples sometimes settled their differences through marital duels, which are a far less expensive option than a marriage counselor. Because of the difference in strength between them, the woman was given certain advantages.

In 1228, a woman fought a man at Berne, Switzerland, and soundly defeated him. German law provided that in such a case the man should be armed with three wooden clubs. He was to put be [sic] up to his waist in a three-food-wide hole dug in the ground, with one hand tied behind his back. The woman was to be armed with three rocks, each weighing between one and five pounds, and each one wrapped in cloth. The man could not leave his hole but the woman was free to run around the edge of the pit.

If the man touched the edge of the pit with either his hand or arm, he had to surrender one of his clubs to the judges. If the woman hit him with a rock while he was doing so, she forfeited one of her stones. Bizarre as it may seem to us today, this marital duel was very far from play-acting. For both parties, the penalty for defeat was death. If the woman won, the man was executed; if the man won, the woman was buried alive.

In other drawings the man sits in a tub; in one the two fight with drawn swords. “Judicial duels were common enough in the medieval and early modern period to merit etiquette books,” writes scholar Allison Coudert, “but, as far as I know, nowhere except in the Holy Roman Empire were judicial duels ever considered fitting means to settle marital disputes, and no record of such a duel has been found after 1200, at which time a couple is reported to have fought with the sanction of the civic authorities at Bâle.” The drawings that have survived come from historical treatises of the 15th and 16th centuries.

A couple has actually tried to reproduce such a duel. Here is the video:

No, this post is not about smurfs. It is about an actual family who lived in 19th century Kentucky. The “Blue” Fugates had a condition called methemoglobinemia which makes the skin appear blue.


This is because of a condition called methemoglobinemia, which causes methemoglobin levels in the red blood cells to rise above 1 percent. It turns the skin blue, the lips purple, and the blood a chocolate brown. Methemoglobinemia can be triggered by exposure to particular chemicals (benzocaine and xylocaine, for example), but in this case, it was inherited and the product of a faulty gene that most probably caused a deficiency in an enzyme called cytochrome-b5 methemoglobin reductase.
Fortunately for the Fugates and their kin, there are no physical health problems associated with their blue skin. In fact, most survived well into their eighties and nineties.

Modern medical science knows that methemoglobinemia is almost always the result of inbreeding and living in a very small community isolated from the world meant that the Fugates didn´t have a lot of potential partners to choose from. Zachariah Fugate married his aunt, their son married a cousin, and their children married cousins resulting in a lot of blue people.

So kids, stay in school and don´t marry your cousins unless you want to have blue offspring.

Fanny Cunt turns up in the 1891 census living in Hastings, Sussex. Fanny Cunt lived at 3 Eversfield Place, with a family of Cunts: her sons Alfred Cunt, Richard ‘Dick’ Cunt, and her daughters Ella and Violet Cunt. 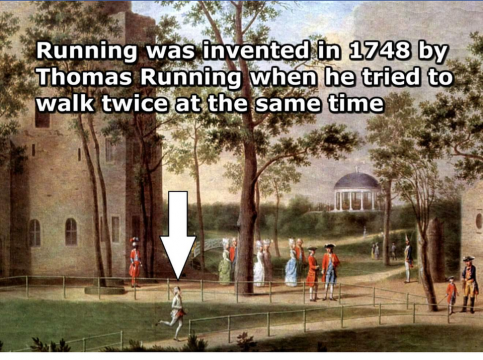 Fanny Cunt turns up in the 1891 census living in Hastings, Sussex. Fanny Cunt lived at 3 Eversfield Place, with a family of Cunts: her sons Alfred Cunt, Richard ‘Dick’ Cunt, and her daughters Ella and Violet Cunt.