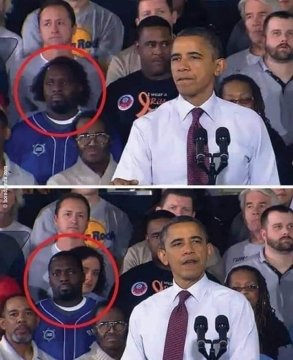 On Monday, Donald Trump shared a tweet from the account @DJTrumpsButt, which at the time of writing had has 318 followers and describes itself as follows: “I am @realDonaldTrump’s butt. Whatever he says, it’s really me that’s saying it. Follow me, or I will nuke you! #PutinPower #MAGA.”

The tweet contains a video from Fox News’ “America’s Newsroom,” showing Rep. Jim Jordan (R-Ohio) discussing a Republican attempt to censure House Intelligence Committee chairman Adam Schiff (D-Calif.) on Monday, for what he describes as an “unfair partisan process” trying to impeach the president based on an anonymous whistleblower complaint:

Brazilian President Jair Bolsonaro suggested on Friday that people “poop every other day” as a way to save the environment, after he was criticised for a surge in deforestation of the Amazon.

“It’s enough to eat a little less. You talk about environmental pollution. It’s enough to poop every other day. That will be better for the whole world.” the far-right politician and all-round horrible person gave the answer to a journalist who asked if it was possible to simultaneously accelarate economic growth, feed the world’s hungry and also preserve the environment.

Bolsonaro has been criticised for a rapid acceleration in deforestation of the Amazon rainforest, which covers vast areas of Brazil and is considered essential to combatting global warming.

According to Brazil’s National Institute for Space Research (INPE), which tracks cutting of the rainforest, around 2,254 square kilometers of the Amazon were cleared in July, an increase of 278 percent from a year ago.

That followed a 90 percent increase in June compared to the year before. Bolsonaro called these numbers “lies”.

Just a few weeks after a Pakistani politician’s press conference was streamed live on Facebook with the cat filter on, another politician has shown us the importance of not believing everything you see on the Internet.

Pakistan’s Awami Tehreek secretary general tweeted a video of a passenger jet pilot narrowly avoiding an oil tanker parked on the runway during landing. “Narrow escape of an aircraft which could have ended in a great disaster. Miraculous save by the pilot’s presence of mind.” he tweeted on July 5th. Fortunately for potential passengers, but unfortunately for the secretary general, the video clip is animated and comes from the game Grand Theft Auto 5.

It is not a surprise that the amount of trolling that ensued was not very good publicity for such a public person and the tweet has since been deleted, but the YouTube video, which is from the start obviously animated, is still online:

President Donald Trump launched his 2020 presidential campaign at a rally in Orlando, Florida, Tuesday with a series of very bold promises to a full stadium of cheering supporters.

He told supporters: “We will push onward with new medical frontiers. We will come up with the cures to many, many problems, to many, many diseases — including cancer and others and we’re getting closer all the time. We will eradicate AIDS in America once and for all and we’re very close. We will lay the foundation for landing American astronauts on the surface of Mars.”

He also promised to build a wall on the Mexican border, stop the sun from shining in people’s eyes, make golf a mandatory school subject, legalize dad-daughter incest and make the Big Mac the official national dish of the United States of America. He has yet to elaborate on how exactly he wants to fulfill those promises.

A volunteer for Pakistan’s Prime Minister Imran Khan’s political party, Pakistan Tehreek-e-Insaf’s(PTI) has made a small mistake. The Facebook page of Khyber Pakhtunkhwa regional government broadcasted a press conference covering important political topics live, but the person responsible for recording the session with a phone accidentally turned on the cat filter.

The incident, of course, went viral on Twitter and has brought laughter and joy to many people since it happened two days ago.

So this happened today when PTI's SM team forgot to turn off the cat filter while live streaming a press conference on Facebook. @SAYousafzaiPTI looks kinda cute pic.twitter.com/IjjJrua7DL

According to KP government’s social media team we now have a cat in the cabinet #Filter pic.twitter.com/LNl7zwOfLU

An Indian TV Channel has been widely ridiculed online after a bizarre claim about the weather in the country.

Before broadcasting a report about a heatwave, a female anchor announced it by saying the report that is about to be aired would reveal how Pakistan is to blame for the extreme weather in India.

The report claimed that “experts” are of the opinion that the recent extra-hot summer was an attack initiated from Pakistan because the winds flowing to India from Pakistan were responsible for carrying the heat with them to the Indian state of Rajasthan.

Supposedly, this has started a rather silly debate in India about the possibility that Pakistan actually has such technology. Who needs nukes when you have the power to curse a whole region with sweaty balls and underboob sweat stains!

In a news release this week from the Department of Energy (DoE), Mark W Menezes, the US undersecretary of energy, called one of the country’s most important natural resources “freedom gas” while bragging about the DoE’s approval of increased exports of natural gas produced by a Freeport LNG terminal off the coast of Texas.

“Increasing export capacity from the Freeport LNG project is critical to spreading freedom gas throughout the world by giving America’s allies a diverse and affordable source of clean energy,” he said.

He also added that “With the US in another year of record-setting natural gas production, I am pleased that the Department of Energy is doing what it can to promote an efficient regulatory system that allows for molecules of US freedom to be exported to the world,”

I thought freedom gas is what comes out of my ass after eating a massive burrito?! It does have a similar detrimental effect on people’s health.