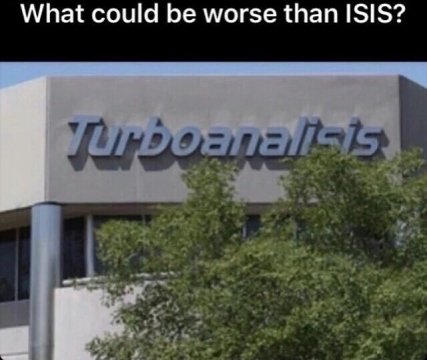 Boy, do we have something unbelievable for you today. Ubelievable in the sense that I can’t believe this movie was ever made.

Matthew McConaughey, Peter Dinklage, Gary Oldman and Kate Beckinsale star in this movie two brothers – a dwarf (Oldman) and one of typical size (McConaughey). When Steve’s girlfriend Carol (Beckinsale) becomes pregnant, the pair fearful that the baby will inherit the dwarfism gene. Matters are complicated still further when she finds herself falling in love with Rolfe and the dwarf lifestyle.

The role of a lifetime – Gary Oldman with shoes on his knees. Enjoy the trailer:

A New Yorker faces charges because he broke a lingerie store window last month to attack a Barack Obama mannequin.

Police arrested 41-year-old Rewell Altunaga after a surveillance video showed him using a cinder block to smash the window of Romantic Depot, an adult store in Harlem. The window that he broke showcased a display with an Obama mannequin dressed as a prince and President Donald Trump dressed as a princess wearing a “Make America great again” hat. He yanked Obama out of the window and left Trump unharmed.

He was soon caught by staff of the store. An employee explained: “He was surrounded. We put our loss prevention people out and surrounded him,” he told the Daily News. “He could have been killed. We had women trying to kick him in the head. We had to protect him because he had damaged the Obama image.” The probably mentally ill Altunaga said that Obama was talking to him and he didn’t like what he said. He didn’t specify what the plastic Obama told him, but we all know it was his usual satanic mix of socialist propaganda and fake news.

In the past few weeks, a British family has been making headlines first in New Zealand and then all over the world. The 16 members of the Doran clan, who were on holiday there, have been accused of trashing a beach, leaving a restaurant without paying and damaging their accommodation during their time away. Four of the group’s members were served with deportation liability notices and one member was charged with assault with a weapon and reckless driving fraud by dishonestly using a document.

They first appeared in the headlines when they were accused by locals of leaving their trash on Takapuna beach and it all went downhill from there. Apart from the above-mentioned incidents, a young boy belonging to the clan has also made it into the news with his charming behavior. When they were confronted by the locals on Takapuna beach, the boy was heard saying that he “will knock the brains out” of a woman. The little angel was also caught on camera stealing a Christmas tree from an Auckland gas station.

Larry Doran, the patriarch of the family, of course, denies everything and claims that they are victims of an evil xenophobic plot to stop them from seeing the Hobbits. “We wanted to see the Hobbits, Lord of the Rings, didn’t get to see that. We couldn’t go nowhere.”

“I’ve paid for this holiday for me and my wife and we got blamed for things. It’s lies, they’ve condemned us. We’ve been hiding in the mountains for two days. You couldn’t call it a holiday the way we were treated. We are going to the Citizens Advice people and the Human Rights people.”

They became so infamous that even the mayor of Auckland called them “a bunch of a**holes” during a radio interview. “Sorry for the spirited language. These guys are trash. They are leeches,” he told 95bFM. “I just saw what they did on Takapuna Beach… We know who they are. I’ve asked the council to follow up because I want to see them loaded with an infringement fine for trashing our country” the mayor said.

I think it is a real shame they didn’t get to see the cute little hobbits.

We all know the internet can be a dangerous place and that is what we like about it. However, if you don’t feel like accidentally throwing up all over your keyboard, do NOT google the words from the list below. But if you feel adventurous today, please do. I can guarantee that you will regret it.

A very demanding job with a lot of responsibility.

I bet they are this tough in real life as well. And all the guys are really 7ft tall.