Warning: Creating default object from empty value in /homepages/32/d734066430/htdocs/app734066697/wp-content/themes/enfold/config-templatebuilder/avia-shortcodes/slideshow_layerslider/slideshow_layerslider.php on line 28
 Man attacks Barack Obama mannequin because he didn’t like what it told him – Internet Astronaut

A New Yorker faces charges because he broke a lingerie store window last month to attack a Barack Obama mannequin.

Police arrested 41-year-old Rewell Altunaga after a surveillance video showed him using a cinder block to smash the window of Romantic Depot, an adult store in Harlem. The window that he broke showcased a display with an Obama mannequin dressed as a prince and President Donald Trump dressed as a princess wearing a “Make America great again” hat. He yanked Obama out of the window and left Trump unharmed.

He was soon caught by staff of the store. An employee explained: “He was surrounded. We put our loss prevention people out and surrounded him,” he told the Daily News. “He could have been killed. We had women trying to kick him in the head. We had to protect him because he had damaged the Obama image.” The probably mentally ill Altunaga said that Obama was talking to him and he didn’t like what he said. He didn’t specify what the plastic Obama told him, but we all know it was his usual satanic mix of socialist propaganda and fake news.

TV show from the ´50s that predicted the Trump future 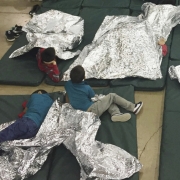 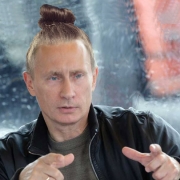 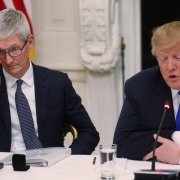 Donald Trump does not know umbrellas can close
0 replies