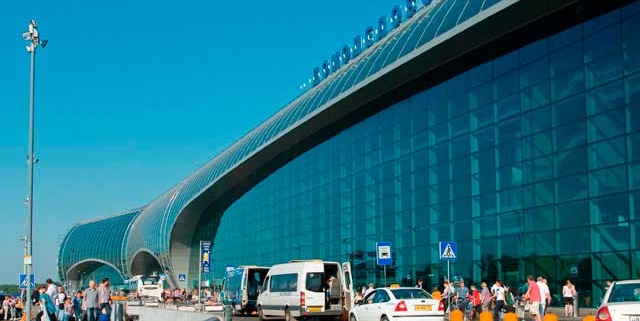 A naked man attempted to board a plane at Moscow’s Domodedovo Airport while shouting that clothes make him less aerodynamic.

The man passed through the Ural Airlines flight’s registration before suddenly taking off his clothes and running completely naked onto the jet plane, eyewitnesses said. “He shouted that he was naked because clothing impairs the aerodynamics of the body. He flies with more agility when undressed,” said a fellow passenger.

The nude intruder was intercepted by airport staff before he could make it onto his plane to Crimea. He was later detained by police officers.

“After the police had detained the offender, he was taken to the airport’s medical room and then was hospitalized in a medical facility. The offender is a native of Yakutsk but lives in the Moscow region,” the press service of the Interior Ministry said.

The man is right! Clothes do make you less aerodynamic and because of air we use more energy with our clothes on. In fact, we should all be naked all the time in order to save energy and the environment.

Wild luggage in its natural habitat

Toddler goes for a wild ride on airport conveyor belt

What Is the Shortest-Lived Country in History?

And they say the French are the most romantic

Someone grab it, please

Meanwhile, on a Russian farm
0 replies

Posing for a photo

Historical fact of the day: The Cunt family
Scroll to top