Warning: Creating default object from empty value in /homepages/32/d734066430/htdocs/app734066697/wp-content/themes/enfold/config-templatebuilder/avia-shortcodes/slideshow_layerslider/slideshow_layerslider.php on line 28
 Man who changed his name to Michael Jackson wants his old name back – Internet Astronaut

The man formerly known as John Lomas, 38, changed his name to John Michael Jackson because he was a big fan of his during childhood.

After seeing the documentary Leaving Neverland in which the famous singer was accused of being a pedophile, the factory worker from Malvern, England is having some second thoughts. The documentary gives some pretty damning evidence that Michael Jackson (The singer, not the factory worker.) was a sick, abusive pedophile who systematically abused little boys and you don`t really want to share a name with such a person. The same way the name Adolf has been pretty much dead since the 40´s.

He said: “During my childhood I had various obsessions and special interests growing up and one of those has been Michael Jackson. A few years ago I went to LA and soon after I changed my name to Michael Jackson legally. I have supported him blindly for years and but it has come to a point with everything recently that I’ve thought, ‘no more’.”

Well, I`m pretty sure that if Mr. Jackson met you during your childhood, you would have been his obsession and special interest. 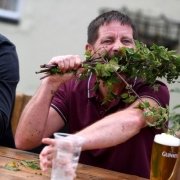 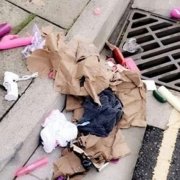 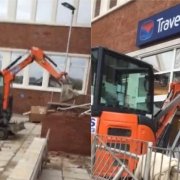 Rugby player has taken one too many blows to his head

Koala does not want to leave an air-conditioned car