On December 23, 1985, the New York Times reported about a 175-pound black bear that had apparently died of an overdose of cocaine after eating 40 kg of it in Georgia’s Chattahoochee National Forest.

A few months earlier, on September 11, 1985, an elderly Kentucky man named Fred Myers found a dead man lying in front of his house. The deceased individual was wearing a bulletproof vest, Gucci loafers, night vision goggles, a large bag full of cocaine, a parachute, two handguns, a couple of knives, $4,500 in cash, ropes, and food. The cocaine he had on him was worth 15 million dollars.

This was a former narcotics-officer-turned-drug-kingpin called Andrew Thornton. He had been flying a drug route from Colombia and had dropped off 40 plastic containers full of cocaine in Chattahoochee National Forest. He became tangled up in his parachute and fell to his death in Knoxville, Tennessee.

When the police later retraced his route hoping to find the rest of the shipment, they found 40 empty containers and a dead bear. The poor animal had been walking around the forest doing normal bear things like scratching his back on trees, stealing picknick baskets, eating honey and licking his asshole, when he came across the white powder. The temptation was too much for him and he licked all the containers clean.

“There isn’t a mammal on the planet that could survive that. Its stomach was literally packed to the brim with cocaine,” said the medical examiner of Georgia’s Bureau of Investigation. The animal was deemed to have suffered an uncomfortable end: “Cerebral hemorrhaging, respiratory failure, hyperthermia, renal failure, heart failure, stroke. You name it, that bear had it.” No one knew how much time it took nor how the bear managed to stay alive long enough to lick everything from the bags.

This tragic destiny of an innocent animal was, of course, quickly used to turn a profit. After the bear reached national fame and reporters dubbed him “Pablo EscoBear”, a local businessman bought the bear, stuffed it and after changing many owners it is now set up in the Kentucky Fun Mall in north Lexington where tourists flock to see it.

Taking the ostrich for a walk

It's called fashion. Look it up. 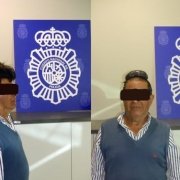 Arrested Man Had Cocaine Under Toupee 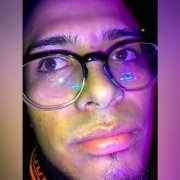 Nothing to see here. Just a bear going for a walk.

Release the lion with this exercise routine