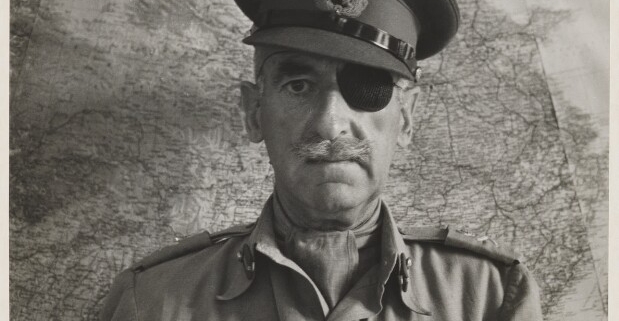 His name was Lieutenant-General Sir Adrian Paul Ghislain Carton de Wiart and before we continue just take a few moments and let this Wikipedia excerpt sink in:


He was shot in the face, head, stomach, ankle, leg, hip, and ear; survived two plane crashes; tunnelled out of a prisoner-of-war camp; and tore off his own fingers when a doctor refused to amputate them. Describing his experiences in the First World War, he wrote, “Frankly I had enjoyed the war.”

He was an officer in the British army born of Irish and Belgian parents. He took part in the Boer War, First and Second World War. In his memoir, he recalled his thoughts when the Boer War broke out between Britain and two Boer states of South Africa in 1899:
“At that moment, I knew once and for all that war was in my blood. If the British didn’t fancy me, I would offer myself to the Boers.” He also famously wrote: “Governments may think and say as they like, but force cannot be eliminated, and it is the only real and unanswerable power. We are told that the pen is mightier than the sword, but I know which of these weapons I would choose.” Ok, maybe he also was a bit of a psychopath, but that doesn’t change the fact that he is the biggest badass on Wikipedia. He probably is. I don’t know. I didn’t do much research.

Underwear soiler of the day