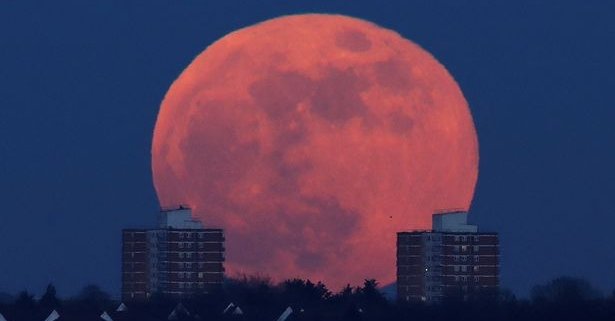 Multiples times per year we hear some lunatic’s prophecy that the apocalypse is coming in a month, a week or today after lunch. Wikipedia has a list of past and future predictions, which is by no means definitive, but shows us that the world was supposed to end many times already. Every time the planets align, we come into a new century or decade, there is a blood moon or a prepper has no more room in his storage. Well, today we have a blood moon and many conspiracy theorists are using it again to get attention.

Evangelical preacher Paul Begley from West Lafayette, Indiana, told the Express there is a possibility of the world ending on January 22. During an online sermon, the preacher said: “Obviously these apocalyptic signs in the heavens are pointing to a catastrophic event that is just on the horizon. We don’t know when – just because you’re going to have a Super Blood Moon on January 20 and January 21, doesn’t mean on January 22 all hell’s going to break loose. But then again it doesn’t mean it won’t, ok, so these signs that are starting to be revealed. And so, the urgency folks  now. Right now, ok? The urgency has begun.”

Some are claiming that this phenomenon is related to hidden messages in the bible forecasting the end of the world. John Hagee and Mark Biltz first introduced the ‘Blood Moon Prophecy’ in 2014, claiming that the ongoing ‘tetrad’ – four consecutive lunary eclipses, indicates the end of Earth as described in the Bible in Acts 2:20 and Revelation 6:12. The first eclipse in the prophesied tetrad took place on April 15, 2014, and was followed by Blood Moons on October 8, 2014, April 4, and September 28, 2015.

The Incas had a theory that does not sound any less plausible than the others mentioned here. They believed that the moon is red because a “celestial jaguar” ate it and is now getting ready to jump to earth and eat the humans. In order to prevent such an attack, they would shout and shake their spears at the moon and also beat their dogs to make them bark and howl.

In light of this overwhelming and irrefutabale evidence, you should definitely quit your job by punching your boss in the face, leave your wife and tell your kids you will never see each other again and spend one last fun night with drugs and a prostitute of your choice. Just don’t beat your dog. He has nothing to do with this. Those Incas were dicks.

Fun fact: Everything on Wikipedia will sound dystopian if you write it in the past tense
0 replies

Running with the bulls
Scroll to top