What an explosive title! What a bold statement! And in true clickbait media fashion, it does not have much to do with the actual but considering you are reading these lines, it definitely worked. Do you feel stupid now?

Anyway, the real title of the movie is Dünyayı Kurtaran or The Man Who Saves the World. It was made in 1982 by director Çetin Inanç. Videos were available online, but it was thought that all 35mm copies were lost until American film historian Ed Glaser discovered a copy and restored it for the big screen.

What made the movie most famous is its brazen theft of footage from Star Wars: A New Hope. It also borrows footage from other sci-fi movies, as well as music scores from movies like Raiders of the Lost Ark. More importantly, it is included on Wikipedia’s list of the worst films ever made making it a timeless classic that everyone should watch.

You can learn about the incredible story of how the film was made—including how its makers spliced in the necessary (but unaffordable) special effects from a “borrowed” copy of the real Star Wars in the video below. The full movie is available on YouTube. 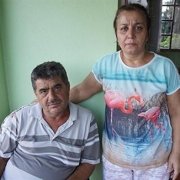 Turkish Superman is the better Superman

The waiting times at this place must be frustrating
0 replies

Historical fact of the day: Running
Scroll to top