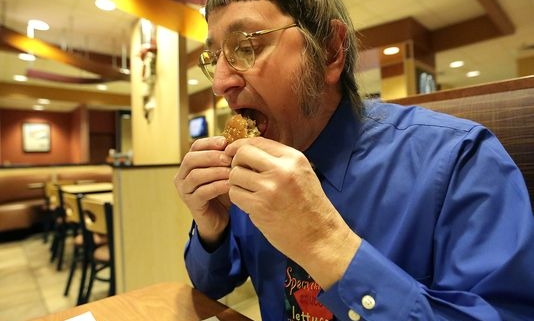 Your first thought might be that he will probably die tomorrow of a massive burger overdose, but Mr. Gorske claims that at his last medical check-up, he had low cholesterol and ‘perfect’ blood pressure. “This one is a biggie for me, something I have been looking forward to,” said Gorske, a 64-year-old retired prison guard. In October representatives from the Guinness Book of World Records came to Fond du Lac to record him eating his 29,482nd Big Mac, an event that was broadcast on a Facebook Live feed. It is a record that no one has even come close to matching and Don Gorske is still going strong. He plans to eat his 40,000th burger by the year 2032.

Here is also an interview with him when he ate his 29,000th Big Mac:

Grandma forgot what year it is

Child has enough of vendor's shenanigans

Did you know eagles can swim? 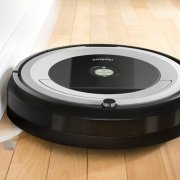 Useless Fact of the Day #2

Crow Tries to Buy a Train Ticket
Scroll to top