People Magazine reports that Amanda Teague, an Irish woman and Jack Sparrow impersonator, held a ceremony to marry the 300-year-old pirate ghost, whose name is also Jack, early in 2018. Amanda arranged a private ceremony on a boat in international waters off the coast of Ireland. The 45-year-old hired a medium for the ceremony, which was conducted by a shaman priest.

The marriage did  not last very long. Less than a year later, Amanda announced that the marriage is over. I bet it was the age difference. That was quite a big 255 year generational gap between them.

“So, I feel it’s time to let everyone know that my marriage is over,” she wrote on Facebook. “I will explain all in due course but for now all I want to say is be VERY careful when dabbling in spirituality, it’s not something to mess with.”

Amanda previously explained that she’d met her “soulmate” in 2014, when he appeared next to her as she was lying in bed.

“He is dark-skinned and has jet-black hair, so he tells me,” she said. “I told him I wasn’t really cool with having casual sex with a spirit and I wanted us to make a proper commitment to each other. I wanted the big traditional wedding with the white dress. It was very important to me.”

After the ceremony she changed her name to Amanda Sparrow Large and embarked on what was supposed to be a romantic journey lasting a lifetime. It turned out that the shitty painting of Jack Sparrow she pretend-married was a bit distant and an emotional vampire.

“I wish I never got married to him. I wish I was that healthy person that I was before I met him,” she said in her first interview since the announcement. “Jack has turned what was a beautiful and loving relationship to something that is ugly.”

According to Amanda, she started being plagued with health issues once she married Jack and deduced that he was “stealing or draining” her energy and “using [her] for his own selfish intentions.” She’s dissolving the marriage and is thinking about an exorcism. 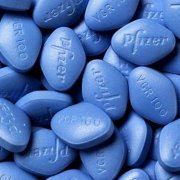 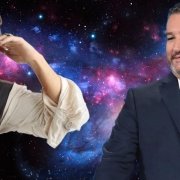 Guy cuts a gas cylinder without checking if it’s empty first. Which then burns down a excavator

Idiot of the day: Guy who cuts a gas cylinder without checking if it’s empty...
Scroll to top